Today we have be working on our words.

It felt very good to make words. We were reading AND writing at the same time and it was exciting because it was the first time we had done this.

We made other words. You can see them in these pictures. 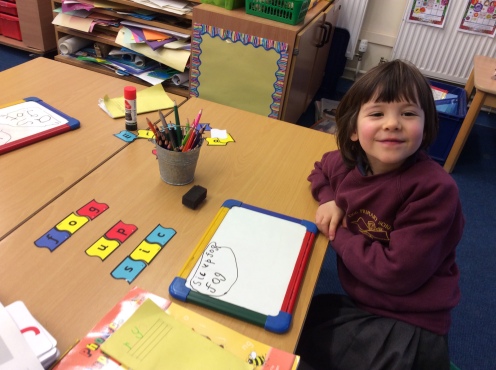 On Tuesday we went to Forest School. We were looking, feeling and listening to everything around us in the wood. When we closed our eyes we heard a robin, the wind and the ferry going back to Mallaig. Even though it was a cold day, we felt warm in our coats. In fact we were a bit hot.

We also did a treasure hunt. There were clues we had to read so we could find a prize. The prize was pine cones and leaves.

By Agnes and Freya, P1